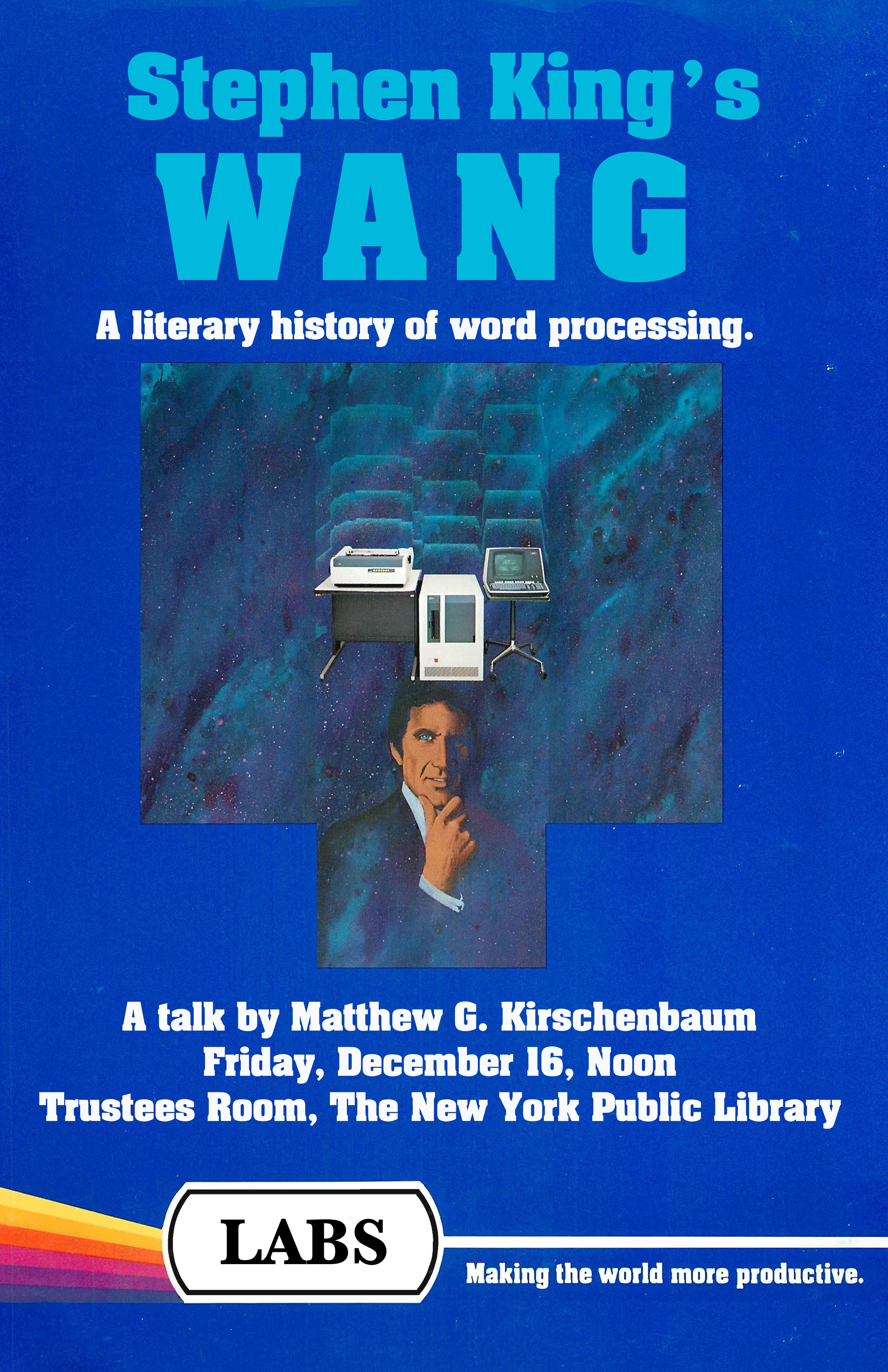 Abstract: Mark Twain famously prepared the manuscript for Life on the Mississippi with his new Remington typewriter, and today we recognize that typewriting changed the material culture (and the economy) of authorship. But when did literary writers begin using word processors? Who were the early adopters? How did the technology change their relation to their craft? Was the computer just a better typewriter, or was it something more? This talk, drawn from the speaker’s forthcoming book on the subject, will provide some answers, and also address questions related to the challenges of conducting research at the intersection of literary and technological history.

Matthew G. Kirschenbaum is Associate Professor in the Department of English at the University of Maryland and Associate Director of the Maryland Institute for Technology in the Humanities (MITH, an applied thinktank for the digital humanities). He is also an affiliated faculty member with the Human-Computer Interaction Lab at Maryland, and a member of the teaching faculty at the University of Virginia’s Rare Book School. His first book, Mechanisms: New Media and the Forensic Imagination, was published by the MIT Press in 2008 and won the 2009 Richard J. Finneran Award from the Society for Textual Scholarship (STS), the 2009 George A. and Jean S. DeLong Prize from the Society for the History of Authorship, Reading, and Publishing (SHARP), and the 16th annual Prize for a First Book from the Modern Language Association (MLA). Kirschenbaum speaks and writes often on topics in the digital humanities and new media; his work has received coverage in the Atlantic, New York Times, National Public Radio, Wired, Boing Boing, Slashdot, and the Chronicle of Higher Education. He is a 2011 Guggenheim Fellow. See http://www.mkirschenbaum.net for more.